We had the greatest party since "don't know when"! One of the largest Christmas Crowd! Thanks to all for enjoying yourselves! 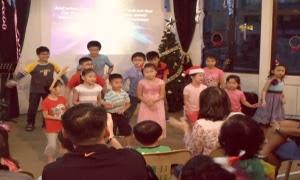 Unlike a usual sit down and watch Christmas Concert, we started with everyone joining in a few rounds of games. Our main MC, Mr Pang, led songs like "甜蜜蜜" and "朋友". Many of us sang out loud. After our children and youths songs "Never be shaken" and dance "Sing, Sing, Sing", the men presented a skit named "Ah Zhong, The Prodigal Son". 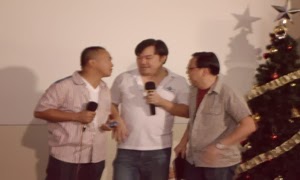 According to our CGM culture, celebrations must always end with good food. While some of these were bought, some donated, some were home-cooked. Children from Students' Centre performed "Hush, there's a baby". Games and laughter continued. We ended with Christmas Carols and gifts exchange. 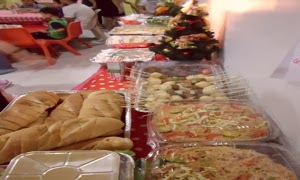 It was a wonderful celebration of giving and love. We are thankful to all who contributed.


"Glory to God in the highest, And on earth peace among men with whom He is pleased."